Mortality
on the empty shelves
Of ransacked
Convenience stores.
Vitality in the blood
Of our denied veins.

Fear
in the products we buy
Thinking life can be purchased;
Suffocated in the same
Plastic wrap we use
to cauterize our minds.

Greed
Throbs in cellulite hands
Sagging into the coveted.
Monsters who believe
They are victims.
Taking more than their due.

Ignorance
Is the real pandemic.
Humankind has been
Sick with it
From the dawn of time.
And getting sicker still.

Infinity
Is the folly of the species
That worships whatever
They are told.
Precaution is wise, yes,
But mindlessness leaves us cold.

Compassion
is for the brothers and sisters
You have never known,
Yet observe scurrying to and fro,
From aisle to aisle, warding off
The inevitable.

Solitude
Is the beacon of hope.
That the quarantined fearful may
Pick up a book and gain insight, or
Turn off Netflix to be with themselves
For one, single, solitary moment.

It takes a lot of writing

To get the spiders out of my brain.

They are crawling around inside

I don’t even know it,

Not until their eight legs

Land, trembling upon the paper

In a black spatter of ink.

Crawling up my water spout.

I wash them down my drain,

But they just keep coming.

There are spiders, creeping

Over the face of my lover as she sleeps

Crawling over my face

As I snore, and twitch, dreaming of spiders.

They can clog my throat,

If I keep my mouth open.

Just as they can clog my mind,

If I don’t wash them out

With sweat, ink and soul.

Spiders in my automobile, coach and train.

Spiders in my basement, silent and static.

There is a cacophony of wet silk,

vibrating inside my ears,

I am a willing fly,

Forever caught and wriggling within the net 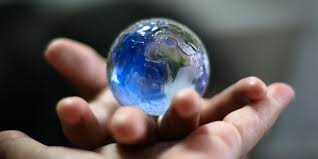 Please don’t forget to leave your thoughts in the comments selection below! I’d be interested to know if you’ve any criticisms, ideas, and the like about the following poem. In my view, what makes us responsible beings is our existential freedom. Perhaps this is my Halloween poem for 2018, as I happen to find the idea of, “What if we were really irresponsible and just blew it?” particularly scary.  Thanks in advance, dear readers!

The fate of this world is decided

Even the breaking of dawn is a choice:

The connected tendons or the slit wrists?

By a clotted conscience.

With brains bathed in the electricity of vile taboo.

World, eating off its own carcass;

Cut up in self-mutilation.

Rasping, clasping, aching for a drink.

World, bribed by an influence of heaven

and sent straight to Hell;

In the liver spotted hands of feeble men

Choked in the after-life at the collar and tie.

Our hearts will pump out the bills

to pay for their funeral.

World, collapsing its existence by choosing not to choose.

The easiest choice, after all, is one not chosen.

Due to a nuclear stockpile attached to a hefty red button;

World, swamped into a cosmic dimple,

Sinking into the blackness of space,

And returning into galactic star-shit.

We have decided to churn ourselves

upon our very own volition.

It will be what we have chosen,

Constructed in the shackles